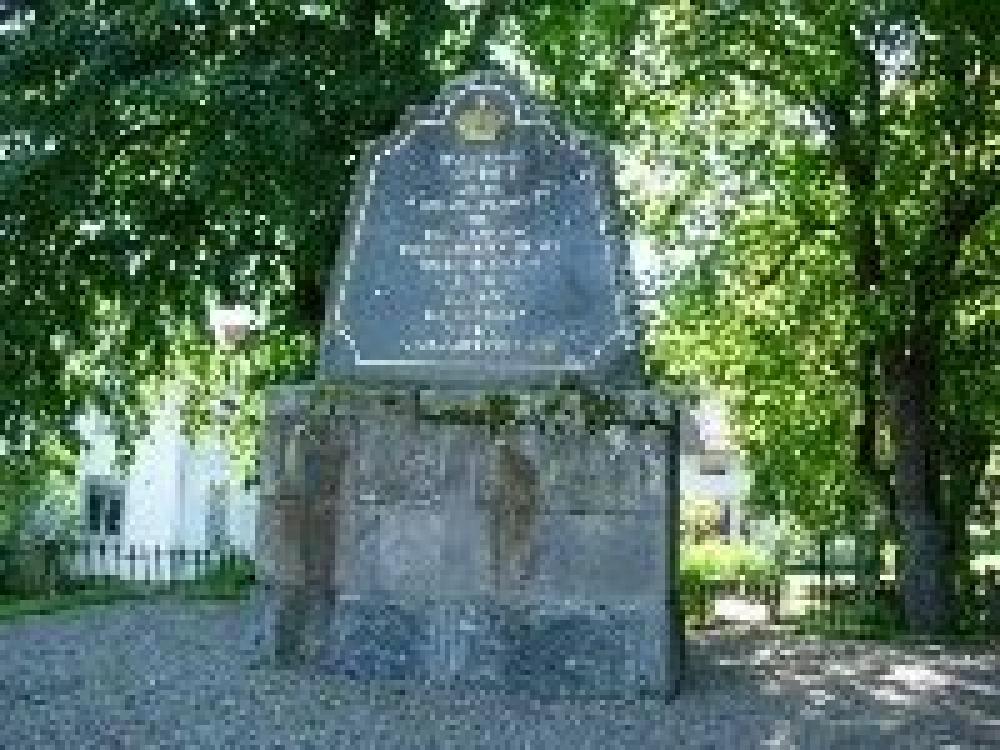 In memory of king Gustav Vasa's speech to the peasants of Hälsingland province.

In 1521, Norrala parish in Söderhamn was visited by the nobleman Gustav Eriksson Vasa, who was attempting to start a revolt against the Danish rule of Sweden. The peasants of modern Söderhamn were however not impressed by his speech and sent him on his way.

The peasants turned out to be on the wrong side of history. Gustav had better luck in other provinces and successfully rallied the country against the Danes. In 1523, two years after his visit to Söderhamn, he could enter Stockholm and ascend the throne as king Gustav I (Gustav Vasa), regarded as the father of modern Sweden.

The monument was erected in 1773 and bears an inscription in period Swedish.