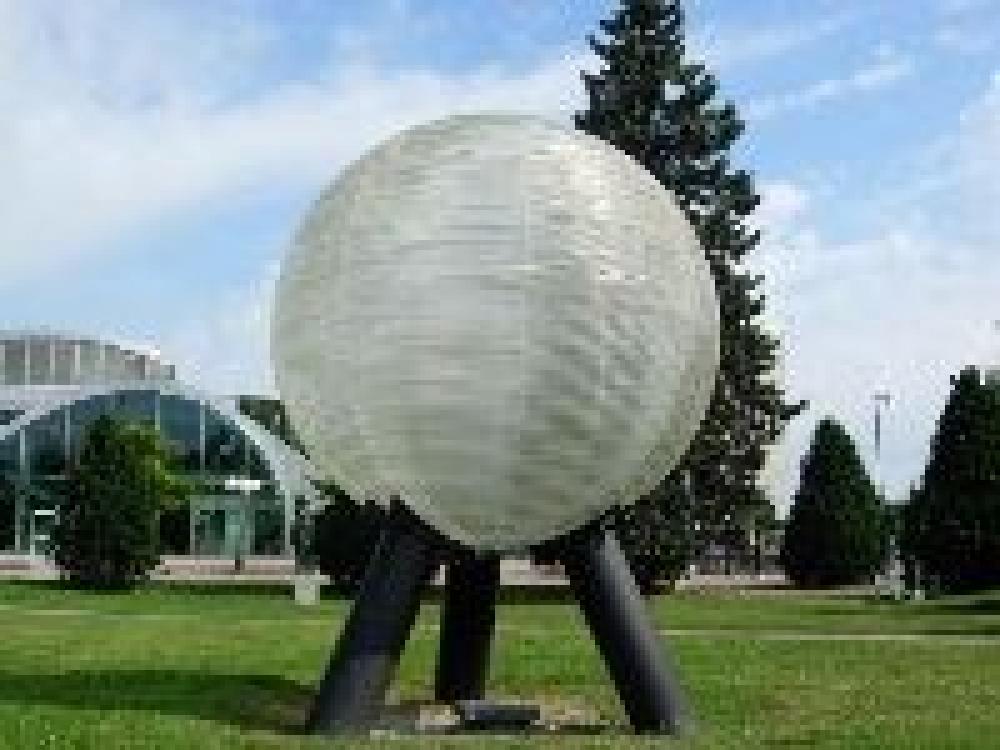 To do Sights Arts

The "Sweden Solar System" is the world's largest model of the solar system, with the Stockholm Globe representing the sun.

The inner planets line up northward in Greater Stockholm, with Mercury located in the City Museum, Venus in the Royal Institute of Technology, Earth in the Museum of Natural History and Mars in Mörby Centrum.

The outer planets follow in the same direction, with Jupiter in Arlanda Airport, Saturn in Uppsala, Uranus in Furuvik Park south of Gävle, Neptune in Söderhamn and Pluto in Delsbo, 300 kilometers from the Globe. By each model is an artistic plaque describing the whole system.

As the god of the sea, the mythological Neptune would probably have felt right at home in the coastal city of Söderhamn. The model of the planet Neptune is located in Iron Park (Strykjärnsparken) and measures 2,5 meters in diameter. It was inaugurated in the fall of 1998.

The actual planet is four times the size of the Earth and has nine moons, the largest of which is Triton; slightly smaller than our moon. The blue color of the model is an association to the planet being made of blueish gas, as well as to the watery name. The environment of the planet Neptune is quite hostile to human life, with temperatures being as low as -100 C.