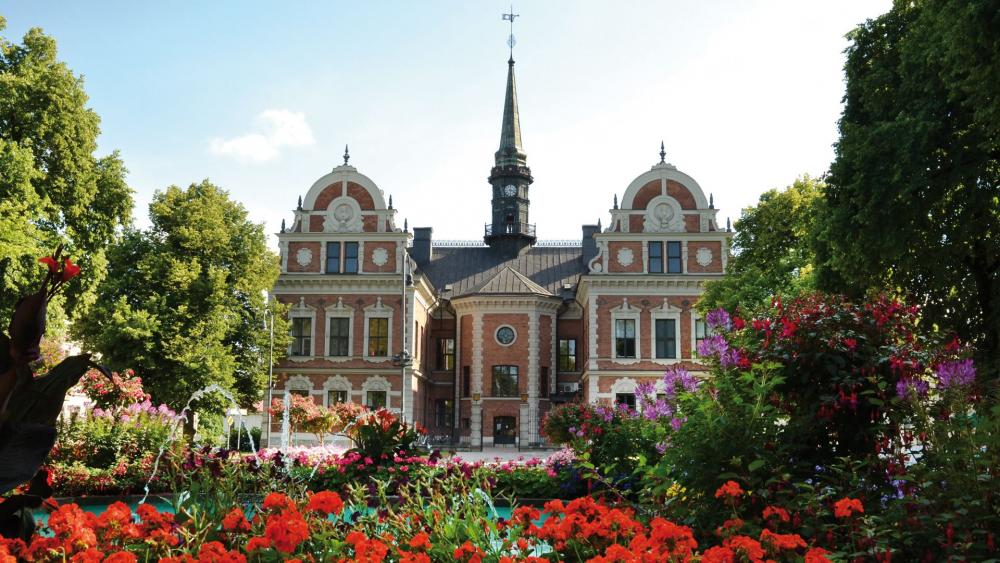 To do Sights Cultural building

City hall was made a listed heritage building in 2000

The area around City Hall Square is one of Sweden's largest archetectual heritage areas and the jewel of Söderhamn.

City hall and the other buildings surrounding the square were all erected after the great fire of 1860, which devastated all of central Söderhamn. This means all the buildings are in stylistic harmony, making the enviromnent unique and worthy of preservation.

In the middle of City Hall Square, which ever since the Foundation of the city in 1620 has been the foremost square of the city, is a monument to the city founder King Gustav II Adolf (Gustavus Adolphus). The nearby park connects City Hall with the Queen Ulrika Eleonora Church. Together they form the dream of any photographer. In the middle of the park is a fountain. An area of about 100 square meters is covered by 5000 summer flowers, and the park is guarded by a line of centennial trees.