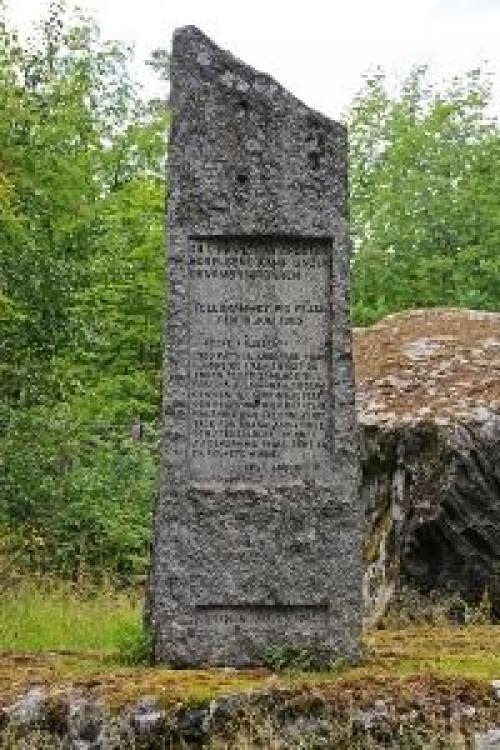 Memorial monument from the turn of the century

Ljusne is famous for its strong workers' culture, with roots at the turn of the century when industrialism was blooming. On the 18th of July the worker's movement youth club were planning to inaugurate their new flag, but were stopped by Count Walter von Hallwyl, the owner of Ljusne-Woxna inc., who forbade them from holding activities in land owned by the company. This caused a protest meeting of 1500 workers to be held in the patch of common land called "Fejan", where together they wrote a telegram to the king. Count von Hallwyl was summoned to the court, where he was reprimanded by the king for his rude behavior towards his employees.

This stone, on which the whole telegram is recorded, was erected in memory of the workers' victory over the count.